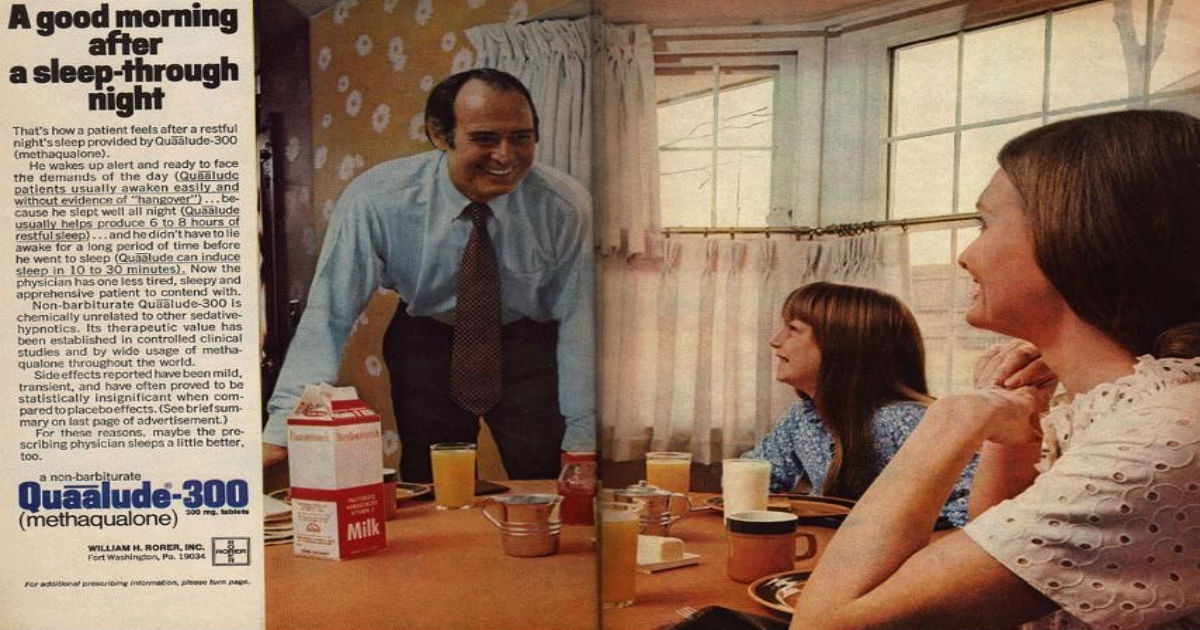 Are Quaaludes (Methaqualone) Back?

Due to the publicity given to Methaqualone during the Bill Cosby sexual assault trial, customers are asking if this is a drug that has reentered the market.  According to the Drug Enforcement Administration, “Over the last several years, there have been very sporadic seizures of Quaaludes throughout the country,” per Eduardo Chavez, DEA special agent.

The DEA is reluctant to confirm or deny any unilateral statement whether or not the drug has gained ground in the illegal market. The reason being, local law enforcement’s potential to encounter Quaaludes does not get directly reported to the federal agency.

Quaaludes are still one of the most widely abused drugs in South Africa, according to reports.

*The image above is an original ad for Quaaludes. Recreational use of the drug gained popularity in the 1970s and it was made a Schedule I drug in the United States in 1984. Quaaludes have reentered public discussion since revelations that Bill Cosby allegedly raped women after providing them with the drug.